Read reviews about the orchestra.

Mozart: Little Night Music (Serenade in G major, K. 525): "The cheerful, sustained agility of the Menuetto and the final movement was also good to listen to, while the transparency of the elaboration of the concluding Allegro was worthy of note. The desired novelty came in the form of the Romanze: it is not common to encounter such an intimate, confessional movement emerging from the slow movement of a serenade."

Arensky: String Quartett No. 2, Op. 35: "The Franz Liszt Chamber Orchestra handled the piece with extraordinary dexterity; the pianos in the beginning were downright breathtaking, with unisons of unparalleled clarity in the different parts. In general, the transcription was treated with the utmost care. One of the virtues of the orchestral sound was how it managed to evoke a church echoing – isn’t this more pleasant than the acoustics of a truly echoing church?"

"Consisting of young people mostly, the new Franz Liszt Chamber Orchestra led by István Várdai as an artistic director and the concertmaster Péter Tfirst remained true to the old tradition. This has much to do with the fact that the invited major artists, ranging from Emmanuel Pahud and Martha Argerich to Julian Banse, are well-aware that the new Franz Liszt Chamber Orchestra is as good as the old one had been, making them prone to say yes to any invitation even today. It is clear to them that the current members are all excellent artists and that their different qualities can produce a common value when working together." 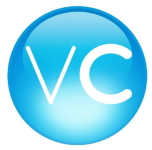 "A student of Akiko Tatsumi at the Toho Gakuen School of Music and Zakhar Bron at the Bron Academy, Moné Hattori is a former 1st prize winner at the Lipinski & Wieniawski Competition for Young Violinists and the Novosibirsk and Boris Goldstein International Violin Competitions. Her recent debuts include solo performances with the Deutsches Symphonie-Orchester Berlin, Osaka Philharmonic, Tokyo Philharmonic, Osaka Symphony and the Franz Liszt Chamber Orchestra."

"Soulez-Larivière was born in Paris, before moving to England at age eight and attending the Menuhin School. She is currently studying at the Hochschule für Musik, Hannover. In 2015 she won the Johannes Brahms Competition in Pörtschach, Austria.
A number of engagements also come as part of the win, with offers for Soulez-Larivière from the Budapest Spring Festival, the Cziffra Festival, the Singapore Violin Festival, the Festival Academy Budapest, the Győr Philharmonic Orchestra, and the Franz Liszt Chamber Orchestra." 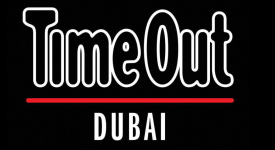 "The orchestra, led by violinist Péter Tfirst, opened with Mozart’s Divertimento in F major K138, and I was immediately struck by their rich mellow string tone, light and airy in the Allegro with bold statements and delicate responses, detail in the faster passages thrillingly clear." 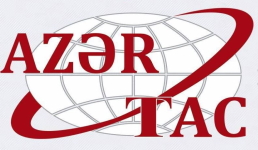