FLCO60 season ticket first concert will be on 4 February

Date, location and programme of the concerts: 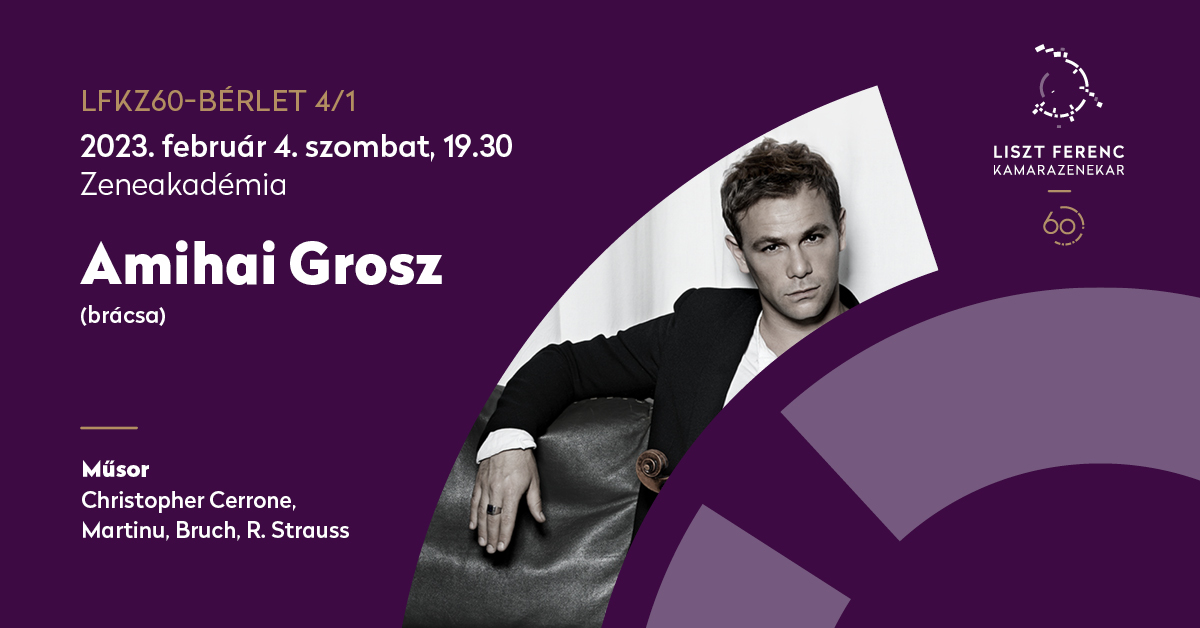 We stand bewildered seeing the great sins of humanity, confused by the evil deeds of the individuals, while we draw strength from absolution, forgiveness and faith again and again. Perhaps we are not far from the truth if we consider this to be the main inspiring idea behind the most beautiful works. The 60-year-old Franz Liszt Chamber Orchestra attempts to heal the wounds with sensitive understanding and a highly exciting choice of works, and in their distinguished guest, the solo violist of the Berlin Philharmonic, we have found a truly fitting partner. 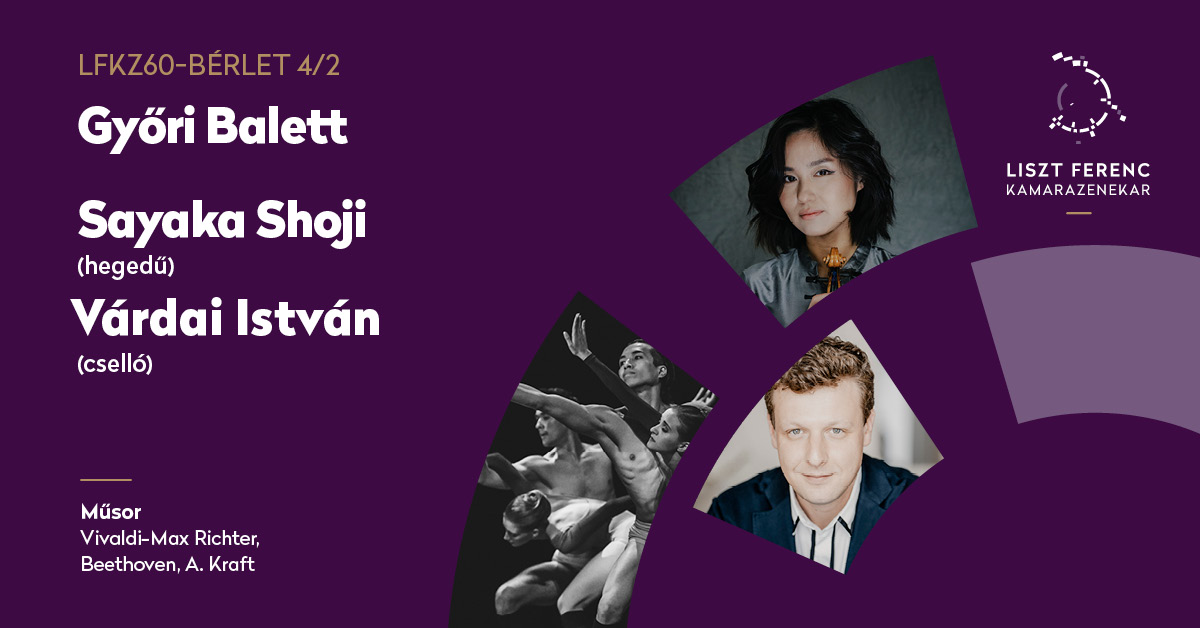 The festive concert of the Franz Liszt Chamber Orchestra showcases all the virtues and abilities that make us believe it is in its new heyday. The orchestra’s great concerts are now remembered by generations of classical music lovers. In the 60 years of its existence, the ensemble has been associated with some of the greatest names in the international and national music scene, and its polished and unique sound has placed it at the forefront of chamber music.

The evening starts with a bang, with the first piece being an utter sensation which has been received with – if we may say so – dropped jaws all over the world. Max Richter has reinterpreted one of Vivaldi’s best-known works, The Four Seasons, using the musical tools of the 21st century, giving the Baroque work an exciting new understanding. The Franz Liszt Chamber Orchestra invited the dancers of the Győr Ballet to join the production, and their joint performance will create an even more elemental effect by amplifying the sound with the world of images and movement. After the intermission, the ensemble dares to take on the contrast of being “left alone” on the stage, performing a Beethoven String Quartet, one of the most technically challenging and demanding pieces of outstanding artistic quality, in a string orchestra version. The night closes with the glittering music of the Viennese Classical period, bidding farewell to a new generation of music lovers and loyal audience members for decades. No celebrations can be complete without the contribution of the world-renowned artistic director István Várdai; his intense and suggestive performance surely brings the Kraft Cello Concerto to life.

Good luck to the Franz Liszt Chamber Orchestra for its 7th decade!

Boccherini: Procession of the Military Night Watch in Madrid

Martin Fröst stands among the clarinettists of today’s music scene on a par with Emmanuel Pahud as the pinnacle of flutists.

The Franz Liszt Chamber Orchestra will celebrate its 60th anniversary in 2023, and to mark the occasion, the orchestra will welcome both world stars to Budapest in this jubilee year, to the great delight of the Budapest public.

In addition to his outstanding talent, Fröst is gifted with an extraordinary artistic charisma which helps him in his role as the leader of the orchestra, often conducting “his” ensemble, the Swedish Chamber Orchestra. As part of the Music Academy concert, he will lead the Franz Liszt Chamber Orchestra in its new heyday as a soloist in the Weber concerto, and then take the podium as a conductor in the second half of the concert. For the performance of the Italian Symphony, young academics of the Masterpiece professional programme will enter the stage, forming a full orchestra with the members of the chamber orchestra. 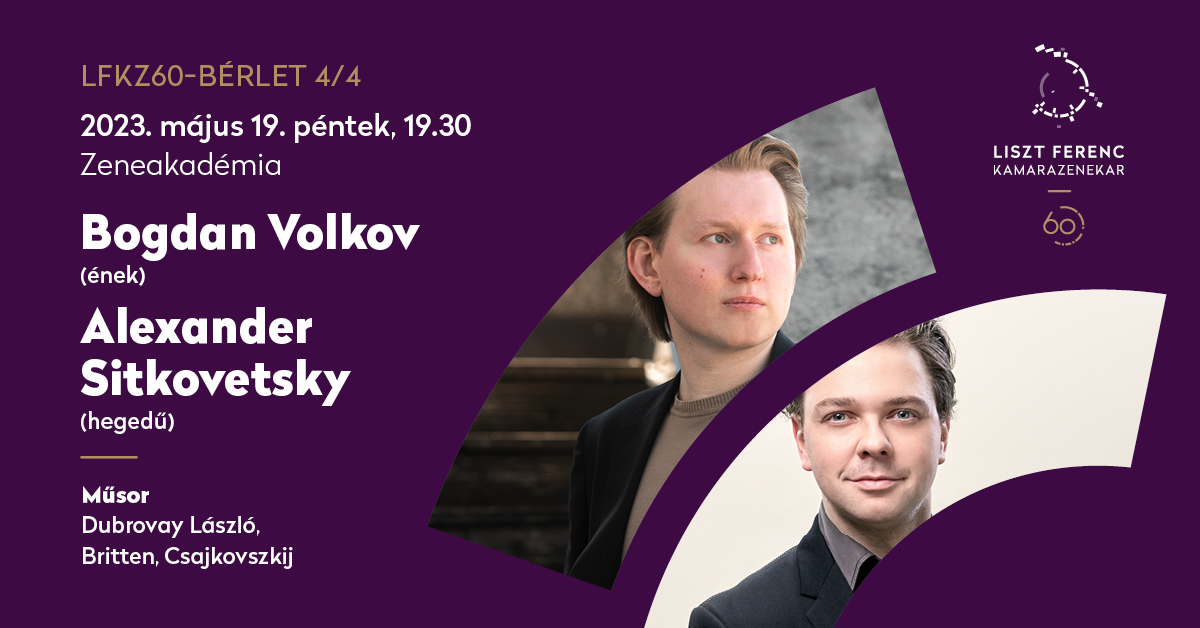 Britten: Variations on a Theme of Frank Bridge, Op. 10

It is a lovely moment when celebrants greet each other turning towards the next decades with an exchange of good wishes.

This is exactly what the 60-year-old Franz Liszt Chamber Orchestra is doing when honouring contemporary composer László Dubrovay, also celebrating his 60th birthday, with staging one of his most successful works.

The rest of the concert can also be seen as a tribute to musical greatness, with the 110th anniversary of Benjamin Britten’s birth and the 130th anniversary of Tchaikovsky’s death providing an opportunity to perform some of the lesser-heard works alongside well-known masterpieces. Tenor Bogdan Volkov, a favourite of many for his outstanding operatic performances, is invited to showcase his talents in a different genre, performing the Britten song cycle. The glory of Tchaikovsky’s praise is further enhanced by the violin solo of Alexander Sitkovetsky, also taking the role of the guest concertmaster in Britten’s works.